Ambigram tattoos are an increasingly popular tattoo design. It should be explained that there are no particular designs put in place for an ambigram, the basic definition is that it’s a word that appears the same when flipped upside down, reversed, mirrored, or changed in any other simple way, but it can also apply to an image which appears as a different word when flipped. Ambigram tattoos were, effectively, invented in the 1970’s and have become wildly popular since that time.

Ambigram tattoos are particularly popular with those who are in bands or those who are artists, as they can have a mystifying effect that draws the eye and causes the viewer to look at it longer. Since ambigram tattoos are usually made up of words, the meaning is entirely up to the person getting tattooed, but a classy design is a must, and may require a lot of interaction with the tattoo artist to make sure you get what you want. 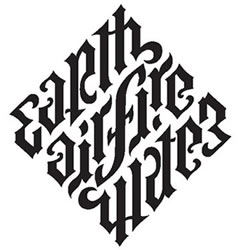 The designs can be rotational, which means it can form the same or a different word when rotated, usually by 180 degrees, but some in 45 degrees or 90 degrees, Mirror, which shows the same image even if flipped horizontally, Figure-Ground which uses the space between letters to form another word. These are just three types, and there are dozens.

Ambigram Tattoos in a Nutshell

In closing, ambigram tattoos are a recent and unique type of tattoo. They are particularly popular with artists and bands, as they can cause people to focus on them and hold their attention for awhile as they try to interpret it. Whether the ambigram tattoos you receive look the same after being rotated, or make a completely different word after being rotated, you need to interact in depth with the tattoo artist to make sure that your needs are met.