Celtic tattoos are very quickly becoming just as popular as tribal designs. Often, they are worn to show Irish heritage or an interest in Druidism and other similar subject matter.

Celtic tattoos are easy to select because there are such a wide variety of styles available.

As you have no doubt noticed, Celtic tattoos are extremely popular with people who have Irish heritage. Almost any design can be turned in to a design that closely resembles Celtic styling. They often consist of pointers to natural beauty or Celtic knots, but there are a few designs that are most often used and should not be discounted as possibilities to those who are just starting to look. The most prevalent example of this type of imagery is the Celtic cross, which often interests those who enjoy gothic imagery or have a spiritual connection to the cross. 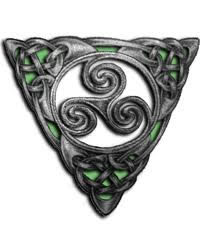 That being said, the Celtic cross does not necessarily carry religious meaning to all of those that choose to adorn themselves with it. Another similar example of this phenomenon is the Celtic knot. These can have any number of meanings ranging from infinity to faithfulness in marriage. Another very common design is that of the Celtic sun wheel, these are particularly popular amongst those that practice religions or who farm and enjoy the imagery.

The sun wheel is a circle separated in to four sections, each of which represent the seasons, and overall, represent the passage and infinite nature of time. One should make sure to find a reputable tattoo artist before getting Celtic tattoos, as a high quality design is a must, because of the complexity and color variations, to avoid ink bleeding as time advances.

Celtic Tattoos in a Nutshell

In short, there are many designs available for Celtic tattoos, and the ultimate decision of what it represents is almost entirely up to the person who is having one performed on their body.