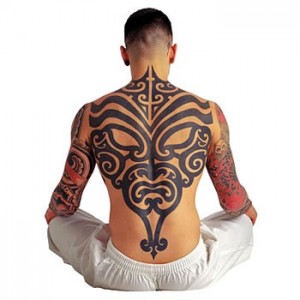 Tribal tattoos are extensively popular in modern times, and to a degree always have been. The meaning of tribal tattoos is often lost as they have become a fad over the past decade, or so.

If you are considering a tribal tattoo, it would not hurt to have a bit of an understanding as to the importance and meaning of that tattoo. After all, a tattoo, unless there is some way to remove it much later down the road, will stay on you forever.

A Bit Of Tribal Tattoos History: 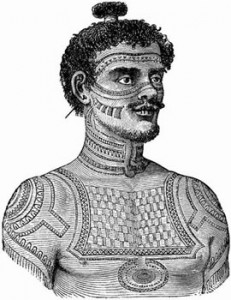 member of a certain family, clan, or tribe, and it would often be used as an identification for that person, much like a name.

Other meanings have also been used, for example in some cultures, where instead of wedding bands or a simple document, a married couple would be tattooed with the same design to represent their marital bond.

From tribal inclusion and family identification, to marital bonds and permanent expressions of strong feelings, they have been used for many purposes over the past several millennia.

Beyond the every day usage of tribal tattoos as just a way to identify others or as a symbol of commitment, they would often be used for religious means. For example, they might have a tie to reincarnation or the passing from one realm of existence in to another, as some of them had meanings that range from simple salvation to being a master of a certain craft or spiritual aspect.

This could even, at times, include zodiacal meanings which would identify the person to a certain sun sign or other mystical meaning. Thus, tribal tattoos have a long and interesting history that the recipient can only benefit from understanding.