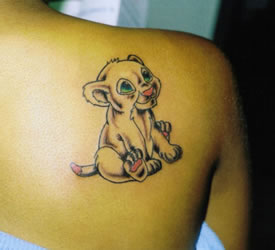 Cartoon tattoos are both entertaining and interesting, and often carry designs created by those who are getting the tattoo themselves.

Alternately, cartoon tattoos often make up the logos or imagery of certain musical acts, and many are of pop culture icons that have left an indelible impression on our culture as a whole.

Many cartoon tattoos are made up of images from when we were children, and can thus represent a simpler and happier time. Take, for example, Mickey Mouse, who is an extremely pervasive image created by Walt Disney. This is just a small example, but the overall inclusion of the cartoon mouse as a piece of American culture can represent close ties with childhood and innocence. Many other cartoon mascots and images can be used to the same creative end. 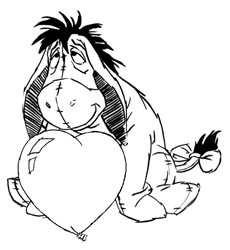 Many popular symbols are from Nickelodeon cartoons, Looney Toons, and other popular animation companies. Other cartoon tattoos may reflect the sense of humor or even the artwork of those who have them placed on their body, and are often received for the reason of showing these interests or this sense of humor. A well executed tattoo of this example can make others smile and even serve as a sort of advertisement for the artwork of the person wearing it.

Cartoon Tattoos in the Nutshell

Finally, cartoon tattoos should not necessarily be considered completely funny, as they may have meaning specific to the person, but they usually show some sort of connection to childhood and simpler times.